Warning: Parameter 2 to qtranxf_postsFilter() expected to be a reference, value given in /home/customer/www/taylorsmistakehandski.com/public_html/wp-includes/class-wp-hook.php on line 307
 Bodysurfing | Taylor's Mistake Handski

Just you and the wave 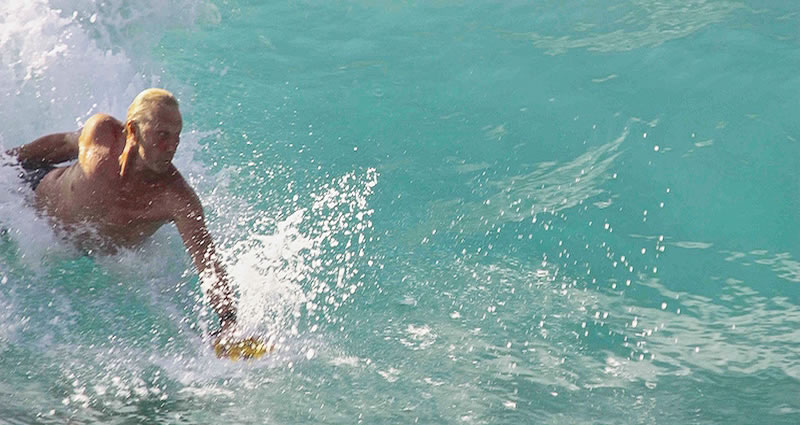 In its most simple form, the bodysurfer just uses their body to catch the wave, often in the shallows close by to the shore, so they can push off from the sand and ride the white water back to the beach.

This works well, but to go for bigger waves in deeper water, where its necessary to swim for the wave, its normal to use swim fins to gain enough speed to ‘take-off’.

Then, to get longer rides and choose a path across the green water of the wave, a bodysurfing handplane, sometimes called a handboard, can be used.

This is where the Taylor’s Mistake Handski comes in.

The surface area and floatation of the Handski lifts you out of the water, reducing resistance and increasing your speed, and the specially shaped edges mean you can easily decide where you want to go on the wave.

This allows you to bodysurf the wave in ways which wouldn’t normally be possible and get even more enjoyment from this back-to-basics approach to surfing which is becoming more popular. 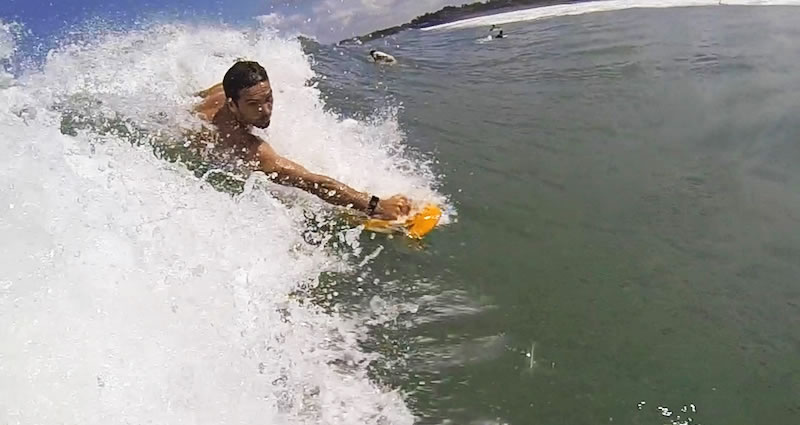 Like any kind of surfing, the timing of where to be on the wave for take off is crucial. Too early and you will get caught by the white water of the breaking wave – too late and you will be kicking your fins while the wave passes you by.

Check if the wave is breaking left or right so you know which way to go. While some bodysurfers change the hand that holds the handplane, adjusting for a right or left-handed wave, some wear their handboard on one hand no matter the direction of the wave.

Take-off just before the wave breaks, angle your arm in the direction you want to go, and kick hard until you feel yourself being pushed along by the wave.

To get onto the green part of the wave, hold your body rigid after take-off and, at the same time, angle the ski-arm downwards, raising your upper body out of the water. This decreases resistance and increases your speed.

Once you’ve had that first feeling of riding the wave there is no turning back – except, of course, to catch the next wave.

Bodysurfing is a great workout and the more you practice, the more stamina and strength you build, allowing you to stay in the water for longer to catch more waves.

It’s about enjoying being in the sea, whatever tools you do or don’t use, staying healthy and having fun!

No rules! Anybody can do it. 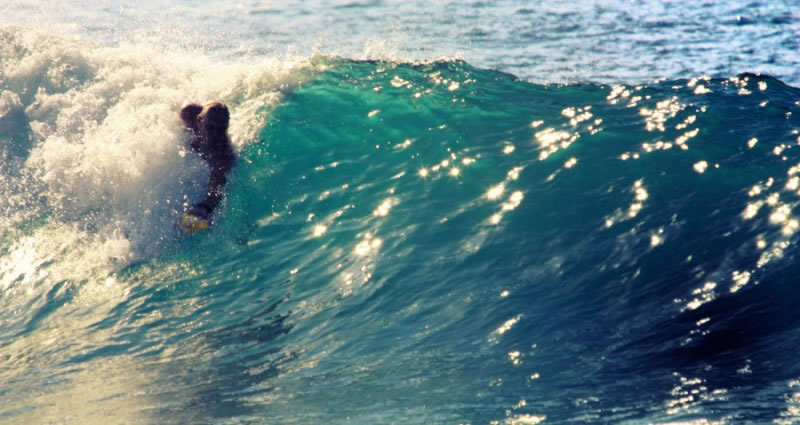 So, how to choose your bodysurfing fins?

The bodysurfing fins which are best for you depend on your feet and the kind of waves you want to bodysurf in.

Like with any shoe or ski boot, hiking shoe etc. having a good fit will go a long way

Then, the main choice is soft or hard fins.

The softer versions will be easier on the feet which is nice for longer sessions.

One of bodysurfing’s icons, Mark Cunningham, uses DaFin which is a softer fin.

The hard fins give more kick-off power but, being hard and stiff, put more pressure on the calves and ankles, making them more suited for shorter bodysurfing sessions or hardcore bodysurfers.

If your fins are a bit loose or they are chafing, then wearing neoprene socks will help to prevent this.

For days when the waves are bigger, its also a good idea to wear an ankle leash on your fins, this helps to prevent you loosing a fin, which also helps to keep you safe. 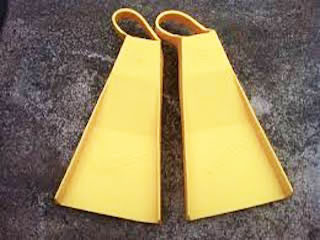 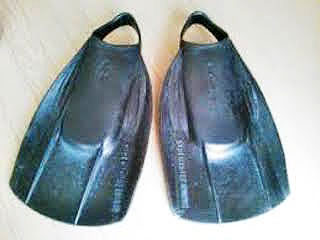 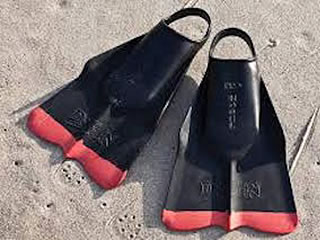 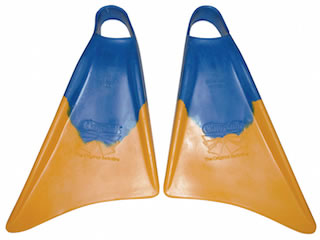