Warning: Parameter 2 to qtranxf_postsFilter() expected to be a reference, value given in /home/customer/www/taylorsmistakehandski.com/public_html/wp-includes/class-wp-hook.php on line 308
 About the ultimate handplane | Taylor's Mistake Handski

• It’s super safe, if you get caught in the washing machine, just open your hand and the ski releases instantly

• Your hand is not strapped in, meaning your wrist is free to move, which makes swimming easy 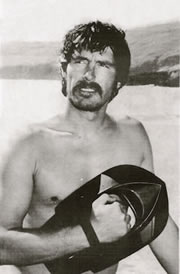 Designed in the late 1970s by Steve Mander, he named the Handski after his stomping ground in New Zealand: Taylor’s Mistake Bay on the South Island.

The Maori gave the bay the lyrical name of Te Onepoto but when two different Captain Taylors shipwrecked on the bay in 1858 and 1864, the name “Taylor’s Mistake” stuck.

Despite the Handski’s success, Steve’s other business commitments took him overseas resulting in production eventually petering out.

This scarcity that resulted added to the mystique, which is why owners of the first models from the 80’s treasure them, with many still going strong in the waves. A definite nod to the outstanding, time tested design.

To honour the Handski’s original design, we’ve made just a few modifications before re-launching, such as more volume for increased buoyancy and a sharpened rail for even better lines, but in every other way, we’ve made sure the iconic form has remained the same.

With the opening of our new production facilities in New Zealand, more and more bodysurfers around the world are enjoying riding waves with the Handski, so you might say this old school handplane is part of this new trend.

The vision is to bring bodysurfing to a wider audience and to extend the boundaries of what’s possible: bigger waves and deeper barrels perhaps, whilst staying true to the simple pleasure that swim fins and a Handski brings.

• If you want to add even more grip to the handhold, just apply some surf wax

• The Handski comes with a short wrist-leash, but for those who like to switch hands, a longer bicep leash can be used for a quick handover